When displaying a document on a browser, the elements are displayed as rectangular containers according to the standard CSS box model. Each box will consist of a content area and, optionally, padding, border, and margin:

We can use CSS properties to style each of the parts:

As displayed in the figure above, each of these parts of the box model generates an area of its own, so we have one for the content, padding, border, and margin. Let's see them one by one.

Although the content-box and the border-box may get most of the attention (thanks box-sizing!), all of the areas/boxes in the box model have something that makes them particular and important.

The content area (or content box) is the place where the actual content of the element goes. By default, the sizes apply to the content area: when width and height are specified for an element, they do not include padding, border, or margin.

The CSS property box-sizing allows us to specify a different way of calculating the sizes. If we specify border-box, then the size will represent the total of content, padding, and border added together. 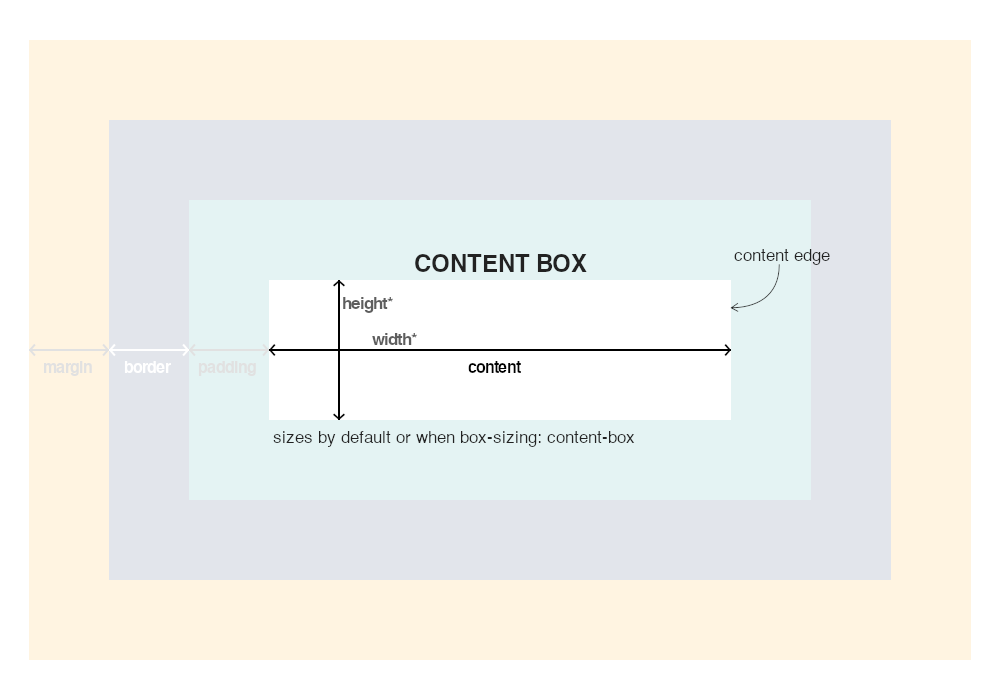 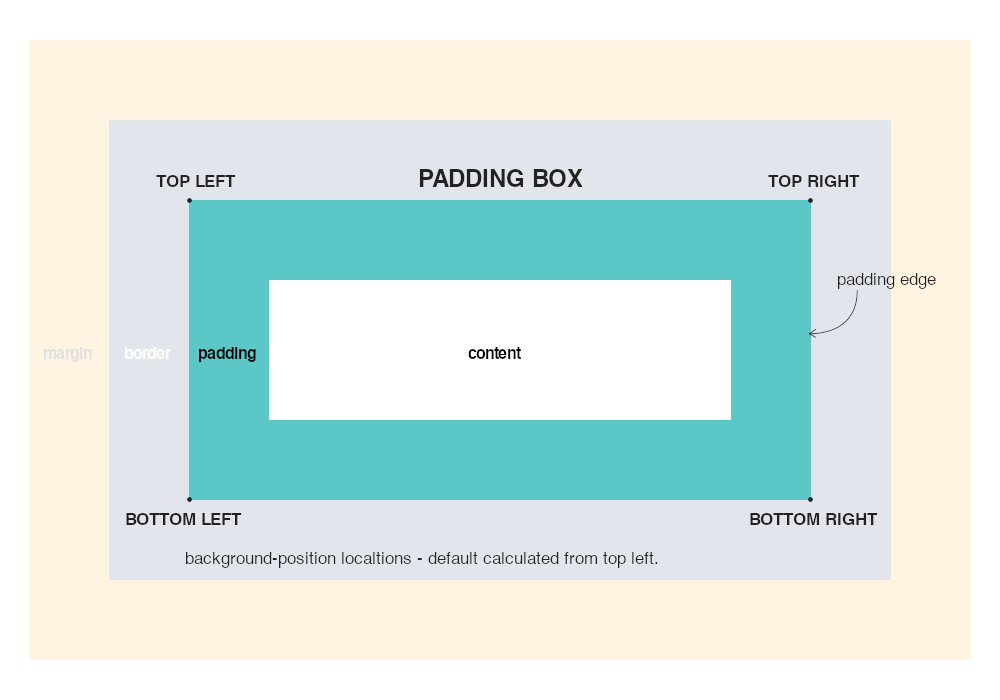 The border area (or border box) extends between the outer edges of the border, including the padding and the content. If the border is zero, the border and padding boxes will be the same.

Apart from having the possibility of specifying the size of the element based on the border-box instead of the content-box, the border-box is essential because it is used as the starting point for other properties (see beyond the box model below). 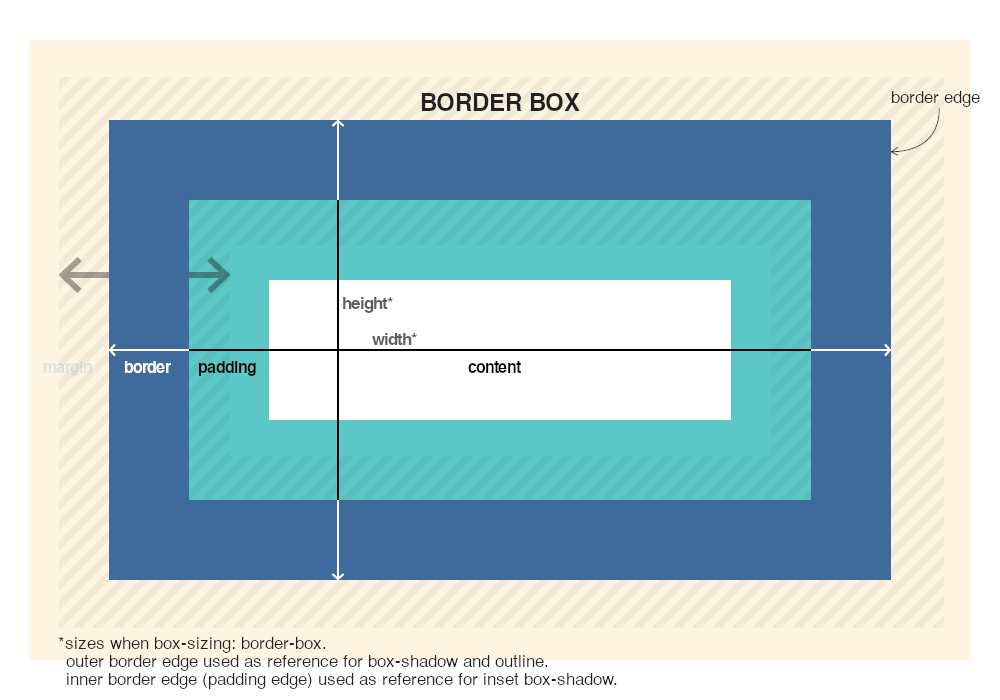 The margin area (or margin box) extends between the outer edges of the element's margins, including all margin, border, padding, and content. If the margin is zero, the margin and border boxes will be the same.

Beyond the box model

In addition to margin, padding, and border, there are a couple of CSS properties that, in my opinion, should be included when talking about the box model: box-shadow and outline.

Neither of them occupies space within the box, but they are visible, they are boxes, and their positioning/size highly depend on the specific areas from the box-model.

Outlines are very similar to borders –the syntax is the same–, but there are a couple of differences: they don't occupy space and they are squared –(even when they don't have to according to the specs.)

The outline is placed starting in the border edge (the outer edge of the border) and towards the outside. Their position can be adjusted by using the outline-offset property. so they could be on the outside or the inside.

Browsers use the outline to highlight the focused element. This is interesting because, even when the outline doesn't occupy any space, it is displayed on top of the box model elements (even the content!). So be cautious when using outline-offset.

The box-shadow property adds a shadow effect to an element. This shadow is a box in itself –although it doesn't occupy any space–, and contrary to the outline's behavior, it goes under the content/elements in the box model instead of on top.