This weekend, a group of coworkers and I participated in the Women Who Code ATX 5th Annual Diversity Hackathon (check the hashtag #ATXDivHack on Twitter for all the info.)

The event was a great success hosted at Capital Factory in Austin, TX. There were more than 160 participants, and 40 mentors and volunteers... and it was a lot of fun.

Our idea was Gively, a tool that gives credits to volunteers based on their volunteering hours. Then it allows them to use those credits to donate money to a charity/NPO of their choice.

And here is our amazing team: 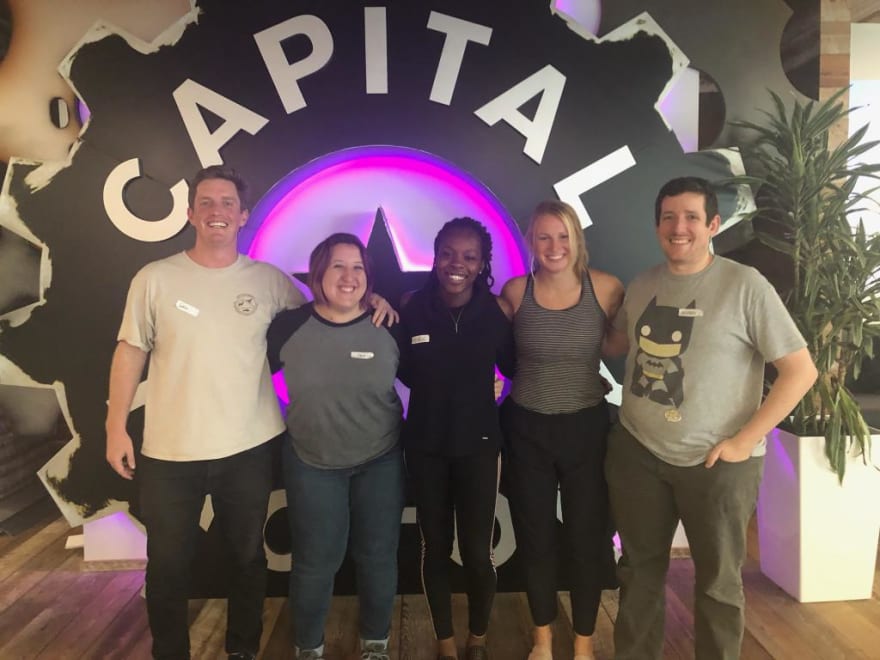 Here are how some of our screens looked liked (kudos to Jax for the design): 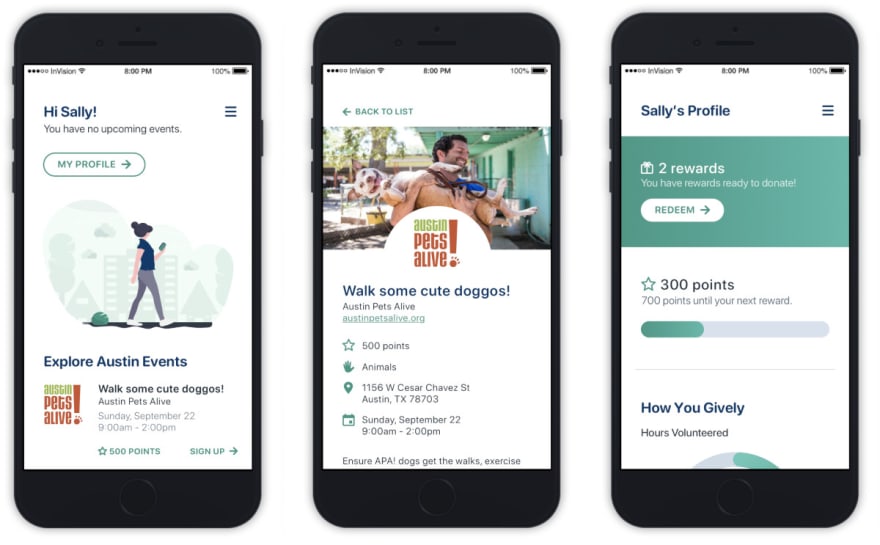 Not all the time was spent designing/developing our project. There was a lot more to do: meet new people, discover new projects, and also discovering the stacks used by everybody (with a clear domination by React and React Native.)

And talking about other team's projects... There were many interesting projects, most of them were focused on accessibility, social awareness, and women's support (it was a diversity hackathon).

Some of the ones I liked the most were:

...and as in all hackathons, there were prizes! The winners were:

Yes, our idea was great, yet we didn't win anything (bummer!)... But there's more to it than just winning. We learnt/practiced React Native, grew as a team, met new people, and had fun. We might not have won a prize, but that sounds like a well-spent weekend if you asked me.

For more information about the event, visit Women Who Code Austin chapter website, or check their twitter account. They organize many amazing events, and they are open to everyone.